The American Legion Family brought National Poppy Day to the United States by asking Congress to designate the Friday before Memorial Day as National Poppy Day- May 25th this year. National Poppy Day is a renewal of our nations commitment to a powerful reminder of the cost of our freedom with 100 years of rich tradition. Millions of people worldwide wear the poppy as a call to honor living veterans and those who have lost their lives. The custom can be traced back to 1918 when Moina Michael popularized the idea of wearing a poppy flower in memory of lives lost in WWI. She drew her inspiration from the poem, In Flanders Fields, written by WWI Col. John McCrae in his sorrow and looking at rows and rows of

graves where his comrades recently had been buried. After WWI, the poppy flourished in Europe. Scientists attributed the growth to the soils in France and Belgium becoming enriched with lime from the rubble left by the war. From the dirt and mud grew a beautiful red poppy. The red poppy came to symbolize the blood shed during battle following the publication of the wartime poem. In the decade that followed poppies have been worn, displayed and distributed for fundraising efforts by veterans service organizations like the American Legion Auxiliary around the world.

American Legion Auxiliary, each year members of The American Legion Family distribute poppies with a request that the person receiving the flower make a donation to support the future of veterans, active-duty military personnel and their families with medical and financial needs. In 2017, ALA members throughout the U.S distributed nearly 6million poppies or poppy items and raised  almost 4 million in donations that went directly help veterans , military and their families in need.

Keosauqua’s Beer Barker Unit 113 of the American Legion Auxiliary will be holding their annual poppy days on May 17th and 18th at various locations in Van Buren County. They will be at Boyd Grocery on May 17th and 18th, First Iowa State Bank on May 17th and Lee Pharmacy on May 18th.  You can check your local area for Poppy days near you. You are encouraged to donate to your local chapter in support of the work of the auxiliary and then wear your poppy with pride to show your support for our military veterans, past present and future.

The best compliment you can give is a referral. 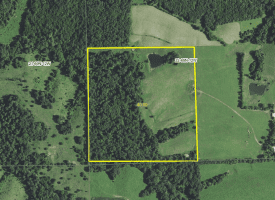